ALBOROSIE hailing from Italy brings a fresh take with ” Living Dread” his version of the iconic song from Black Uhuru Anthem. Alborosie reintroduces this hit with a stylishly video inspired by the 1978 Jamaican cult classic film Rockers.

Also check out his throwback hit “Ghetto”, a reggae cover of Akon’s 2004 single, “Ghetto”. The song has 5 versions. The original features Akon entirely. The second was an international version which featured Ali B and Yes-R. The third version is considered the ‘US Remix’ as it features late hip hop legends, Notorious B.I.G. and Tupac. The final version is called the Reggaeton remix and features vocals from Ali B, Yes-R and Tego Calderon. “Ghetto” is a song about the trials and tribulations of life. In the most recent, fifth version of the song, Alborosie adds his talents as a sound engineer and producer to the latest version of “Ghetto”. 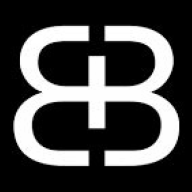