ONE DROP REWIND: “Letter To The Editor” by Thievery Corporation (USA)

Thievery Corporation presents “Letter to the Editor” a visual and single project featuring vocalist Racquel Jones from their EP “The Temple of I & I.” The video was directed by Richard Elgood and edited by Andrew Labens.

“Letter to the Editor” addresses the political injustice surfacing from every frontier of the world. In the video, Raquel’s voice is a cry from the streets demanding answers to society’s major issues with war, prejudice, poverty, and hunger. Some live royally, while others suffer in the shadow of oppression. Her lyrical bombs drop over a timely beat. You have to listen closely to catch
the words, but Raquel is prophetic in staking her claim over the culture:

In her reprise she sings:

Cause our bombs dem metaphoric

Cause I’m a fighter, yeah

If you agree put up yuh lighter, yeah 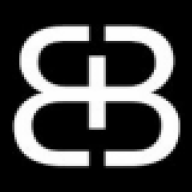